Christina Norsig is the CEO and founder of PopUpInsider, the first & top national online marketplace for temporary real estate. She has been heralded as the "Queen of Pop-Up" and possesses unique skills and vision to turn an empty space into an economically successful and buzz-generating property. She has pioneered several techniques for using PopUp Retail as a powerful interactive marketing tool for both real estate owners and brands. Her expert opinions have been quoted on CBS News with Katie Couric, PBS Nightly News and NPR and The New York Times, The Wall Street Journal, Crain's New York Business, USA Today, Chicago Tribune, Reuters, Bloomberg News and INC Magazine. She was also named in the Top 6 Marketers in the US by The National Marketing Association.

Christina also known as “C”, started her career with a passion for design that led her to study in NYC where she graduated Magna Cum Laude with a B.S. in Marketing, then through a 20 plus year career marketing design & decorative arts. Norsig, a zeitgeist has had a very creative career path having the vision to know what the next trends would be. Some of her notable achievements include building a million dollar sales division to interior designers & architects nationally for the luxury brand Rosenthal and managed the press relations and event marketing. In 2003, she was an early marketplace innovator founding eTableTop.com, the first in the industry to negotiate drop shipping and open US distribution for luxury brands. She has designed and licensed her own collection of dinnerware for the hospitality industry with Oneida and wrote a monthly column on emerging design trends for Hachette Filipacchi.

She also is the author of the first business book on the subject of PopUp Retailing- Pop-Up Retail: How You Can Master the Global Marketing Phenomenon. She is a frequent guest speaker to students & the industry. Christina is also on the Executive Board of the PTA for the Lower Lab School for Gifted & Talented children and a former Co-Chair and committee member of Asphalt Green’s Waterproofing Program, bringing sports & fitness to thousands of NYC underprivileged residents. 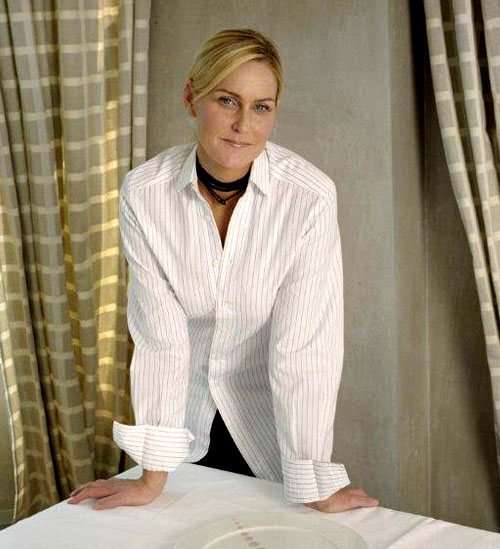 Christina Norsig, the author of Pop-Up Retail, now offers consulting and advisory services to individuals or groups who are looking for guidance and an advantage as they consider opening, managing, and profiting from a "STREAMING POPUP SHOP!. Christina Norsig, has executed several financially successful temporary stores. For a fee, merchants can gain guidance in staffing, streaming, insurance, marketing, design, and logistics.

Eric Anton is an early innovator & Co-founder of PopUpInsider

Mr. Anton is a Senior Managing Director at Marcus & Millichap in the New York office, the firm’s largest. With more than 25 years of experience in commercial real estate, his group is focused on investment sales and equity placement transactions in the New York metropolitan area. Additionally, Mr. Anton is Co-Chairman of the Global Capital Group at Marcus & Millichap. In this role, he is responsible for identifying new sources of inbound capital to the U.S. from across the world. Mr. Anton has traveled extensively to Beijing, Shanghai, Tokyo, Cannes, Hong Kong, London, Singapore, Germany, Canada, and Korea.

Since joining Marcus & Millichap, Mr. Anton has completed several signature deals including the recapitalization of 520 Fifth Avenue, a $650 million development property in the heart of the Grand Central submarket and the sale of the $100 million Times Square Theater on West 42nd Street.

Prior to joining Marcus & Millichap, Mr. Anton was Senior Managing Director at HFF in the New York office where he completed several signature Manhattan deals such as the $330 million sale of 1407 Broadway and the acquisition financing for 645 Madison Avenue. Prior to that, he was Managing Partner at Brookfield Financial, wholly owned by Brookfield Asset Management. Mr. Anton began his career with Lendlease, an Australian-based construction management firm.

Mr. Anton sits on the Real Estate Board of New York Commercial Division, the Board of Associates for the Ronald McDonald House of New York, and on the National New Leadership Board of Israel Bonds. Additionally, Mr. Anton is an active supporter of Asphalt Green, a non-profit that provides high-quality sports, swim, and fitness instruction and programs to New York City children and adults. He earned a Master of Science in Real Estate Finance and Development from Columbia University; and graduated with a dual degree in European History and Political Science from Brown University. He resides in New York City with his wife Christina, two children and a dog.

Throughout the course of his career, he has successfully completed more than $15 billion in commercial real estate transactions, including landmark office multi-housing, hotel and development site transactions. Additionally, his group is active in the structuring and placement of debt, mezzanine, and equity capital for a broad range of commercial real estate assets. Mr. Anton has successfully closed over $3 billion of debt, mezzanine, and equity financing.